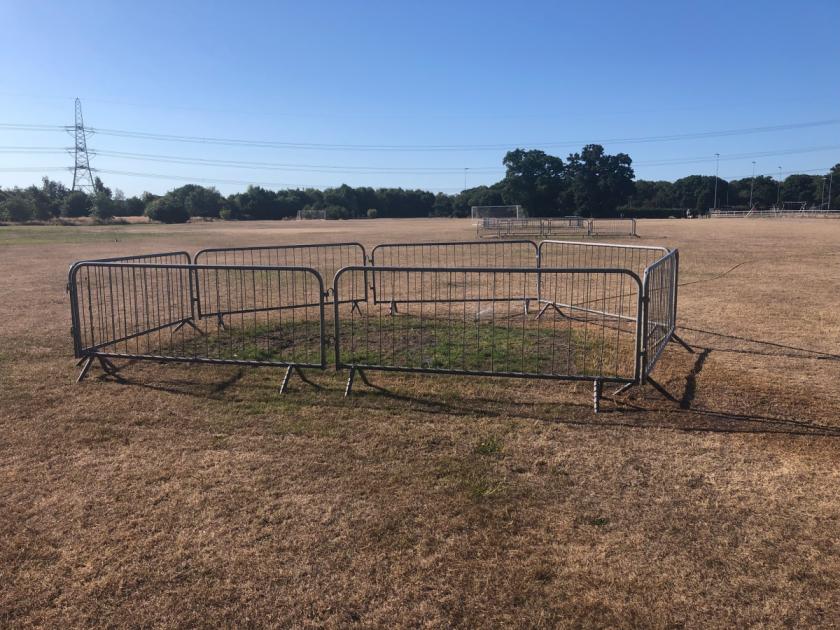 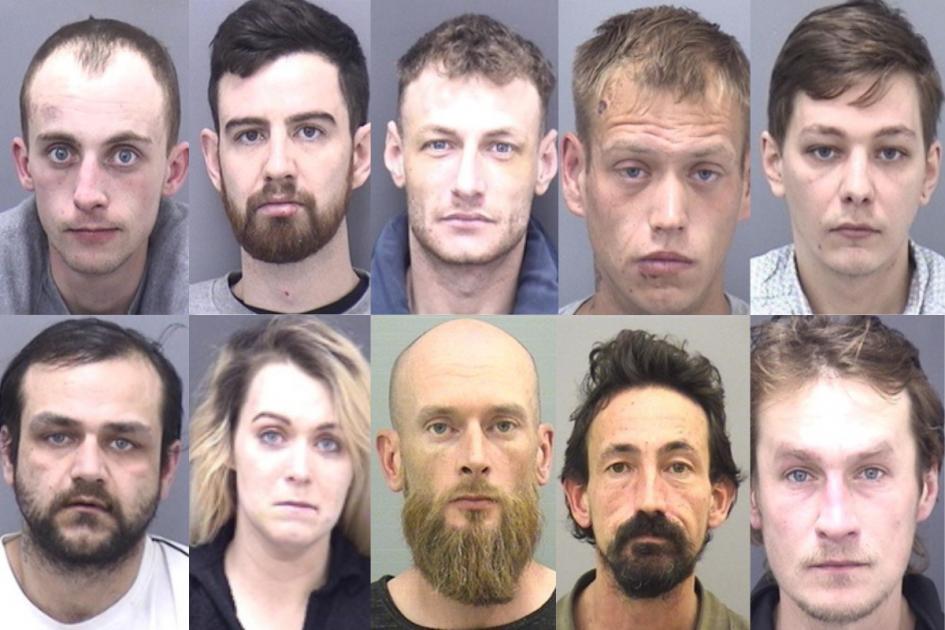 10 people most wanted by Dorset Police

A family of four have suffered a holiday ordeal from hell – their trip has been canceled THREE times at a cost of over £7,000. Charlotte Moss, 43, says she was finally able to secure a booking for a hotel in Mallorca on her fourth attempt, via WizzAir – for £3,700.

She says it was after already spending £7,200 trying to book a mid-term holiday. To add insult to injury, the family were caught up in the chaos of the trip when they finally arrived at the airport – their flight was delayed for five hours.

And, on their return, they found themselves waiting for their luggage for three hours inside the airport until they gave up and decided to have it delivered by courier to their home. Their bags were then not returned to them until four days after landing, claims Charlotte, from Poole.

The mother-of-two said: “There was a lot of chaos when booking the holiday – the agencies take your money and the booking is not confirmed. It was just awful – we had a great time on vacation but freaked out about the trip home the whole time.

“As soon as we landed I knew there would be trouble – they couldn’t get the stairs to the plane due to understaffing and they didn’t give us a carousel number at luggage when we got off.”

But she says she was then told after six days that the family could not get the return flight they wanted because there was not enough space on the return flight – and that they would have to come back a few days later. While waiting for her money to be refunded, Charlotte tried to book flights to Zante through Love Holidays and paid £3,000 for the flights and a hotel – only to be told they couldn’t have the flights they wanted because again there weren’t enough rooms on the flights after waiting three days, she says.

The mum then used lastminute.com to try and book flights to Mallorca and spent around £1,500 on airfare which was canceled as the flight home was overbooked – although she praised the company and said she repaid him the amount the same day. Desperate to go on vacation, she then went straight to Wizz Air for flights to the Spanish island and finally managed to get confirmation that their trip was booked.

However, to get the flights they wanted, they opted to fly to Gatwick rather than Bournemouth as they had originally wanted. But, during the two-and-a-half-hour drive to Gatwick, the family received a message that their flight had been delayed for four hours – but decided to continue on their way and wait at the airport rather than turn around.

Once they arrived at Gatwick, their delay was extended to five hours after the family received an incorrect departure time and were sent to the wrong door, she says. They finally made it to Mallorca – but Charlotte was freaking out about the return trip, meaning she couldn’t fully enjoy the holiday she had worked so hard for.

Sadly it turned out his fears were well founded – on his return to the UK the flight was delayed for an hour and they found themselves stranded on the plane waiting for staff to bring the stairs to the gates . And when they went to collect their luggage from the carousel, they waited three hours before finally giving up at 3 a.m. and leaving the airport without their luggage.

Charlotte said: ‘The travel agents take your money then wait, the first one we booked took six days to tell us there was no flight home and asked if we would like to come back two days later but we couldn’t because of the children’s school and A level exams. Almost £3000 was taken three weeks ago by Thomas Cook and has just been refunded – you’re buying something something that does not exist.

“Then I tried lastminute.com to book flights direct but they refunded me fairly quickly saying they no longer had the flights. Eventually I found a holiday and booked flights directly with Wizz Air and ended up spending almost £1000 more than I had originally booked the holiday for – it was almost £500 per ticket and then we had to drive to Gatwick and pay to park the car as well.

“We had to cut our holiday one day short as we could only get a six day break, then on the way to Gatwick we received a message that our flight was going to be delayed for four hours. It was too late to turn back so we decide to wait at the airport where we had delay after delay, changing departure times, and they sent us to the wrong gate.

“We had a great holiday and were only delayed an hour on the flight home, but as soon as we landed I knew there would be trouble. The baggage sign kept saying please wait and the staff got spooked as soon as they saw all those angry faces – there was a woman behind a counter who went behind a door and never came back and no one from Gatwick.

“There wasn’t a single person at reception, there was a huge queue and I kept coming back but there was never anyone. I think they were all hiding or so few staff, I think all the staff are so fed up they don’t want to talk to anyone.

“We waited three hours – there were families with babies and children all waiting there, we left so I don’t know how long they waited but they could have made a message to say the bags weren’t won’t pass tonight – you can’t just make them sit there and wait silently I just don’t see they’re going to fix that for summer vacation – obviously it’s worse when everyone else is trying to ‘go there at the same time.’

A Wizz Air spokesperson said: “We are truly sorry that too many of our passengers are currently experiencing delays and in some cases cancellations. Across the travel industry, Wizz Air and each airline are doing everything we can to help as many passengers as possible reach their destination on time and with minimal delay.

“However, among other issues causing operational instability across the travel industry, there is a widespread shortage of staff, particularly in air traffic control, ground operations and baggage handling. , security and at airports.Wizz Air has increased direct communications with all our customers via text, email and phone calls to ensure – where possible – that they are best informed of any changes. of our services.

“Booking directly on wizzair.com or the WIZZ app – unlike other online booking platforms – remains the best way to ensure we reach our customers faster. While every cancellation is regrettable, the vast majority of our flights are operating as planned, with over 100,000 passengers reaching their destinations each day.

“We would again like to extend our sincere apologies to customers whose travel plans have been affected, as we understand how disappointed they are, especially when so many people want and deserve to travel the world again. We are trying everything that we can offer them a range of options for them to travel, including alternative flights with Wizz Air, a full refund or 120% airline credit (both of which we aim to process within a week).

“In accordance with local regulations, Wizz Air will provide reasonable compensation for food, travel and accommodation resulting from the cancellation or delay of its flights – passengers should keep their receipts and complete the claim form in the Wellness category on wizzair.com to be reimbursed.

“Our site states that it can take up to 72 hours for a booking to be confirmed. This is because as an independent online travel agent we require our suppliers to confirm all separate elements of the holiday booking – from accommodation, to flights, to transportation., and more.

“In this case, the customer made a reservation on May 25 and payment was taken in full. Unfortunately, the flights became unavailable during the aforementioned confirmation process.

“We contacted the client as soon as this emerged via email on May 26. We informed the client that we were unable to confirm the selected flights and that one of our advisors would be in touch within 72 hours to suggest alternative options.

“On 27 May we offered the client alternative departure airports and dates to ensure the client could still spend their holiday – however the client requested a full refund instead, which we processed within 52 hours. from the time the initial payment has been made.”

A Thomas Cook spokesperson said: ‘We are very sorry that the holiday Ms Moss wanted to take had to change at short notice and we have refunded her in full.

Do you have a story or a problem to study? Email us at [email protected] to share your photos, stories and information.

You can stay up to date with the latest news near you with FREE Dorset Live newsletters – enter your email address at the top of the page or sign up for our newsletters here.

Previous Sunderland’s new gin bar, Tin of Sardines, is launching bottomless brunches this weekend
Next Areas of Dorset have turned into ‘ghost towns’ as wealthy landlords snap up second homes 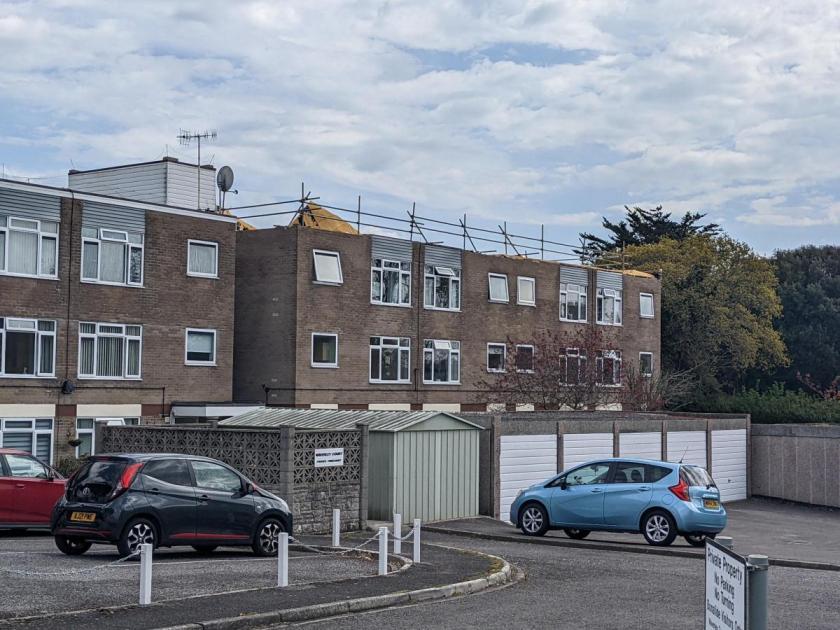